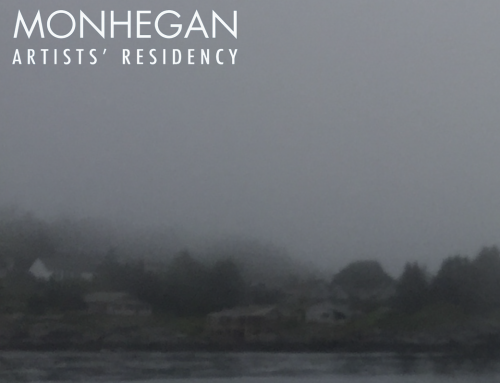 We are pleased to announce the choice of three Maine artists for the 2019 summer residency program on Monhegan Island: Jennifer Calivas, Dozier Bell, and Katherine Cargile. Calivas and Bell will spend five weeks in June and September, respectively, and Cargile was awarded the two-week residency in July, established for artist-teachers who serve the K-12 grade levels in Maine.

A recent MFA graduate of Yale University, Jennifer Calivas is a Maine-native currently living in Brooklyn. Her work uses humor and the uncanny to talk about her personal experiences as a woman and about the broader history of the subjugation of the female body, with a particular interest in the photographic history of female hysteria. She plans to work in the Monhegan landscape to stage photographs and to create a performance that will be based on documentation of female “hysterics" in the 19th century.

Waldoboro resident Dozier Bell is an established painter whose work of the past several years has focused on the natural world as filtered through the lens of her childhood impressions of Maine’s environment and her interest in nature as represented in the art of 15th-16th c. German artists such as Altdorfer and Dürer, and in German Romantic fables, where the landscape itself is a participant in the drama. Bell has never visited Monhegan and is looking forward to having “a more direct and extended experience of the ocean and its atmospheric effects.”

Katherine Cargile is a veteran middle school art teacher from Lewiston, Maine, who is highly interested in literature, history, and visual culture studies, and works in a variety of media, including painting, printmaking, appliqué quilting, and paper-mache sculpture. She explains, “There is a feeling of mystery, timelessness and myth about the island that will contribute to my narrative work as well, as I intend to do some imaginative studies based on my experiences.”