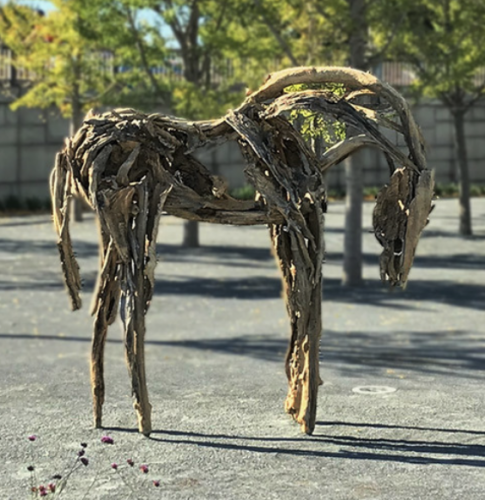 The John F. Kennedy Center for the Performing Arts today announced its inaugural presentation of visual art to be featured at the REACH, the Center's 21st-century expansion project. Ten works in a rich diversity of media will be on display at the facility upon opening, including six pieces on loan from Glenstone Museum in Potomac, Maryland; sculptures by Joel Shapiro, Deborah Butterfield, and Roy Lichtenstein; and a wall hanging by Sam Gilliam. All works will be on view for the public beginning September 7, 2019.

"As we prepare to open the doors of the REACH for the first time-with an action-packed 16-day celebration of the performing arts-we invite visitors to pause and consider this collection of visual works that augments our usual range of artistic programming," remarks Kennedy Center President Deborah F. Rutter. "We are incredibly grateful to all of the artists and galleries-especially to Glenstone-whose works will grace the new campus, sharing a legacy of visual art that stretches from the time of President John F. Kennedy to today."

"Glenstone is honored to help celebrate the opening of the expanded Kennedy Center and we applaud their efforts to increase public access to one of our nation's treasures," adds Emily Wei Rales, Director and Co-founder of Glenstone Museum. "The Glenstone works on loan span the period from JFK's presidency to 2018 while sampling the diversity of backgrounds and viewpoints that is the essence of our democracy. We hope they will add to the magnificent new experience that the Kennedy Center offers the public."